How do I compare reprints?

You can generate ‘on-the-fly’ reprint comparisons for any two versions on a reprint’s timeline that have XML renditions. A double arrow icon (circled in red below) appears for versions that can be compared—the hover text for the icon is ‘Compare two versions’.

In the example above, the selected version (indicated by the green node) can be compared with any of the three historical versions that have the circled icons.

In the example below, the selected version can also be compared with the introduced Bill or the 3rd reading version (double arrow icon for those versions circled in red below).

To run a comparison—

When processing has finished, you will see a number of changes on the screen— 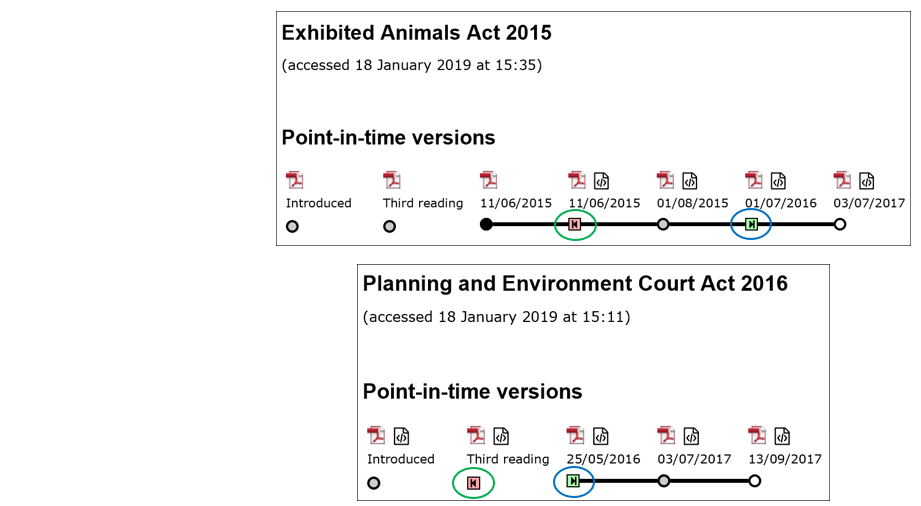 You can now view and navigate your reprint comparison—see our guide to using the comparison tools.